What would make a good/great Netbook? 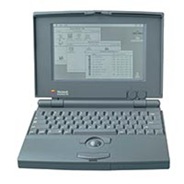 I’ve been hoping and watching for a great portable computer that would be ideal for students (and others) for many years – at least since we tested some PowerBook 100s with teachers in 1991 (only to have some returned to us as almost “unusable” – imagine giving back technology to someone, it was a pretty “underwhelming”).  The PowerBook 170 was much better but cost $5,000 each (in 1991 money) and only lasted a year in production as well.

Come forward 16 years and there is the ambitious “One Laptop per Child” vision of Nicholas Negroponte that brings some of the best minds together to figure out how to build a cheap and rugged laptop to enable students world-wide to gain access to a wealth of information and functionality. 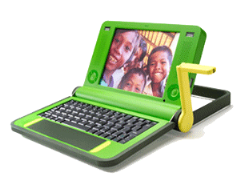 But this vision misses on several important points, but creates a wonderful market for smaller form factor and lesser functionality devices for students and really anybody that is mobile and wants to stay connected and productive.

In 2009 I would really like to buy 3 Netbooks (one for each of my children) to use daily as part of their educational (and other) pursuits.  This is a non-trivial purchase so I am considering it very carefully.  The market for Netbooks is coming together quickly, though there is even a new challenge this week over whether the term “netbook” is trademarked.  But the issue for this post is a recap of what I would really like to see in a Netbook, and why.

Finally things that really have nothing to do with “Net” or “Book” but are things I think of being part of this device.

I’ll update this post if/when I decide to commit on which ones to buy.  I’d appreciate any feedback or ideas that others have in this area as well.